Is God Just as Sovereign over Damnation as Salvation? 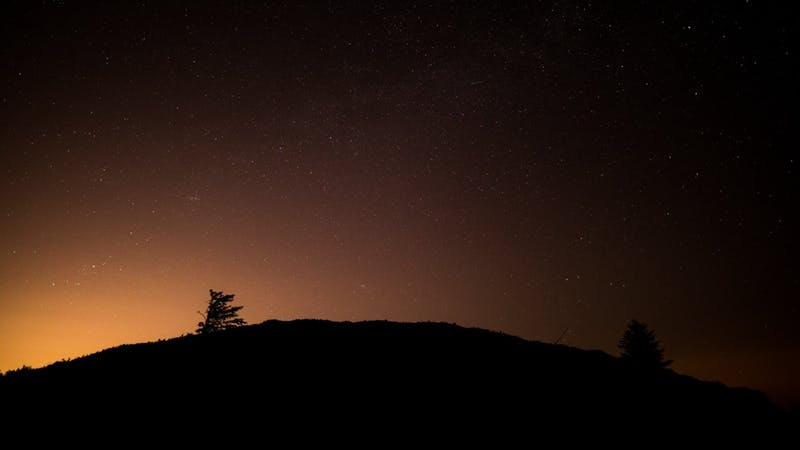 03 Jul Is God Just as Sovereign over Damnation as Salvation?

Posted at 07:51h in Blogging by Heather Ward 0 Comments
0 Likes

Today’s question is a bit technical, but super important. And it’s weighty. Here it is. What active role does God play in both the redemption of sinners and in the perdition of sinners? Casey asks it. “Hello, Pastor John! In studying Romans 9:22–23, I see that the Greek word Paul uses for ‘prepared’ in verse 22 (katartismena) is different from the word he uses for ‘prepared’ in verse 23 (proetoimasen). The first root is artizō; the second is etoimos. Additionally, the first is passive; the second active. Can you explain the significance and meaning of why Paul would use different words and tenses here? Specifically, does this imply that the vessels of destruction were prepared differently than the vessels of mercy?”

Well, first, for those who feel like this question is just too technical, let me ask for just a couple of minutes to show you otherwise, because it relates to one of the most ultimate, important things you can ever think about. What’s at stake is how God’s power and wisdom and justice and mercy are at work in those who finally perish, and how they are at work in those who are finally saved. Few things could be more important than clarifying the relationship between God’s sovereignty and the final destiny of human beings.

The text in all the Bible that comes closest to getting at God’s ultimate design or purpose in his sovereign work in salvation and in judgment is Romans 9:21–23. I’m going to read it because this is what is being asked about.

Has the potter no right over the clay, to make out of the same lump one vessel for honorable use and another for dishonorable use? What if God, desiring to show his wrath and to make known his power, has endured with much patience vessels of wrath prepared for destruction, in order to make known the riches of his glory for vessels of mercy, which he has prepared beforehand for glory . . . (Romans 9:21–23)

“Few things could be more important than clarifying the relationship between God’s sovereignty and the final destiny of human beings.”

Here’s the essential, amazing, ultimate statement being made by Paul about God’s ultimate purpose. He’s saying, “God aims to show.” That is a very important word, show, especially for you, Tony, who wrote the book Competing Spectacles. And everybody should buy Tony’s new book.

God aims to show his wrath against sin, and to show his power as supreme, and to manifest his patience and his mercy. That is, he aims to show all the riches of his glory. That’s his purpose in Romans 9:22. That’s the word used in verse 22, show. This is why he created the world, and why he is governing history the way he is, and why he is saving and judging the world.

All of these attributes are mentioned as part of God’s plan: wrath, power, patience, mercy, glory. In other words, God’s ultimate aim in salvation and judgment is to display and communicate to his creatures the entire range, the entire panorama, of his attributes or his being. I just want to pause here and say, “Oh, the value of grasping and believing that this is God’s ultimate, great goal in the universe!”

It changed my life totally fifty years ago to get a handle on God’s God-centeredness in creating the world. No attribute of God that can be revealed for his glory shall be left in obscurity. His aim in creation and salvation and judgment is to reveal all the fullness of his glory, including the justice of his wrath and the beauty of his mercy.

Now, what Casey is drawing our attention to in the question is that this revelation of the fullness of God’s glory involves the demonstration of righteous wrath in judgment on one group of people and the demonstration of righteous mercy on another group. You can see from the word mercy and wrath that neither deserves salvation. You wouldn’t need mercy if you were good, and wrath means the other is not good. Neither is good. One group gets justice. The other gets mercy. Neither group gets worse than they deserve.

“The preparation of vessels for destruction is not God’s ultimate goal.”

Casey points out the different description of the two groups in verses 22 and 23 of Romans 9. One group are vessels of wrath prepared (or fitted) for destruction. The other group are vessels of mercy, which God has prepared beforehand for glory. Casey is pointing out that the Greek words for prepared or fitted in the first case and prepared in the second case are not only different verbs, but the first is passive and the second is active.

Let me read it again so you can hear it: “Vessels of wrath which are prepared [or fitted, a passive verb] for destruction.” Then, “Vessels of mercy, which he prepared [an active verb] for glory.” Casey asks, “Why? Why different verbs, and why active and passive?”

God Is in Control

My answer might be frustrating because I’m going to say that I don’t think we can be dogmatic about why, precisely why, Paul chose two different verbs that refer to preparing or fitting two different groups of vessels having similar meaning — one for destruction and one for glory, one passive and one active.

Let me say what I think, with a high level of certainty, it does not mean. Then I’ll make a suggestion with less certainty about what it does mean. The fact that God has a passive verb in fitting folks for destruction and an active verb in fitting them for vessels of mercy does not mean that God is not the ultimate, decisive, sovereign cause of the existence of the two groups.

I think it’s clear that the decisive actor behind the passive verbal phrase “prepared for destruction” is God. The point of the verse is not to say God prepared vessels of mercy for glory, but some other force prepared vessels of wrath for destruction. Verse 18 is clear: “He has mercy on whomever he wills, and he hardens whomever he wills.” God is the decisive actor behind both kinds of vessels. Now, that’s what I have a high level of certainty and confidence about: it does not mean that God isn’t the decisive cause behind both vessels.

My suggestion for why there are two different verbs, one passive and one active, is this: Paul does indeed believe that the work of God is different in the way vessels are fitted for destruction and the way they are fitted for glory. God is active and decisive in both, but not in the same way. The very grammar of verses 22–23 suggests this. The preparation of vessels for destruction is not God’s ultimate goal. Verse 23 begins with “in order that.” There are vessels of wrath prepared for destruction in order that he might make known the riches of his glory on vessels of mercy.

“The work of wrath and judgment on the vessel’s destruction is serving a greater end.”

Which means that the work of wrath and judgment on the vessels’ destruction is serving a greater end — namely, to make known the riches of glory for the vessels of mercy. God’s ultimate act is not preparation for destruction, but preparation for glory. They are not equally ultimate, and I’m suggesting not pursued in the same way. That’s what the two different verbs are pointing to. The passive verb in the phrase “vessels of wrath prepared for destruction” does not point to God’s inactivity, but to the hiddenness, the mystery of his activity.

God ultimately does the preparing for destruction, but he does it in complete holiness and justice and righteousness and wisdom, in ways that we simply cannot fully fathom. That is, he does it without in any way compromising the moral accountability of his creatures. They remain responsible for loving God over self, and he remains sovereign and holy over all their motives. God is really God, and man is really responsible. That’s what I think is ultimately behind these two different verbs.